You may already be familiar with SAE 30 and 10W30 engine oils; these are the most typical and widely used oil for lawnmowers, engines, and vehicles. But most of us don’t know their actual usability and also don’t know which one is great for which purpose.

Every engine oil has a rating between 0 to 50. Similarly, SAE 30 and 10W30 also have tremendous viscosity differences. In our SAE 30 vs 10W30 comparison guide, we will discuss all these vital points of both oils in detail and suggest which one may be perfect for you.

So let’s begin our comparison guide, but first, let’s get acquainted with both standard oils separately. 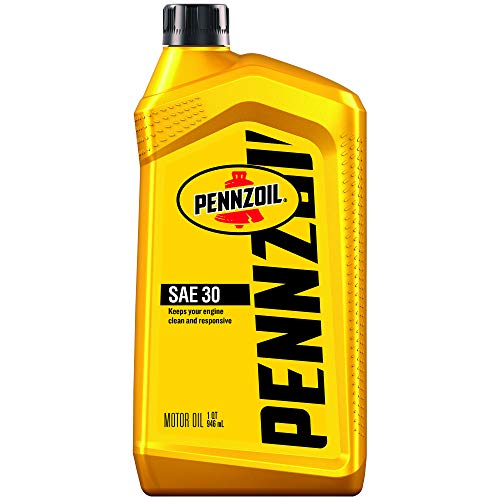 SAE 30 grade oil is commonly used in smaller cooled engines like lawnmowers, tractors, chain saws, and it is the best oil option for use in higher temperature engines. 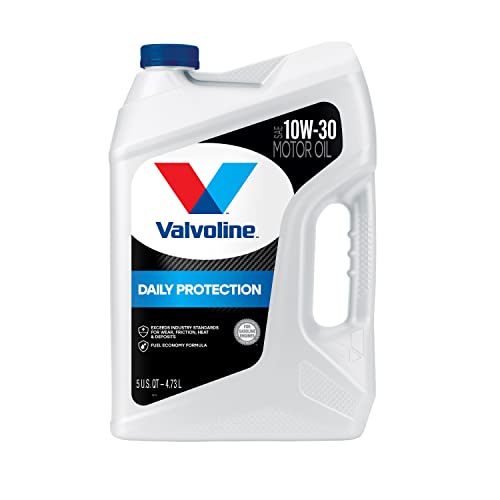 10W30 engine oil is the best option for heavy engines; one of its most practical advantages is that it is able to withstand the warmest temperature without any catastrophic effects.

In this section, we will explain the key differences of both SAE 10W30 vs SAE 30 in detail, part by part, so that you can easily understand all the differences.

First, if we compare the density of both oils, then we can see that SAE 30 oil is far ahead. Because SAE 30 engine oil per cubic meter is 875.4 kilograms. SAE 30 engine oil density is equal to 875.4 kg/m³; 30℃ at normal atmospheric pressure.

Viscosity refers to the thickness of the oil. You can see different types of viscosity engine oil. Basically, this oil concentration has a significant effect on operating the engine at different temperatures.

Because of higher viscosity in lower temperatures, SAE 10W30 has 10W thickness and SAE 30 at a higher temperature.

Undoubtedly SAE 10W30 will be far ahead in temperature comparison; there are many reasons for this. SAE 30 gives excellent performance in warm temperatures but is not so perfect for cold temperatures.

SAE 10W30 is multi-grade standard engine oil, which is suitable for 10W viscosity at low temperature, and its SAE 30 is ideal for warm temperature, due to which 10W30 performs excellent at any season.

In most cases, users ask this question; many users use SAE 30 instead of 10W30. This is one of the biggest mistakes. You can already guess the difference between the two standard oils from our earlier discussion at least a little bit and understand that one should be used instead of the other as an alternative or not.

You can not use SAE 30 engine oil instead of 10W30 because SAE 30 is a single viscosity, whereas SAE 10W30 has multiple viscosity. In addition, natural oils change their viscosity with temperature, due to which SAE 30 oil becomes thinner at a higher temperature.

SAE 30 and 10W30 are not similar engine oil, SAE 30 being single grade oil, having a viscosity of 30, that’s why it is the best engine oil for high temperature.

On the other hand, 10W30 is double grade oil, which is excellent for both low and higher temperatures. Due to this, your engine can handle any temperature after using it. And these are the main differences between SAE 30 and 10W30 engine oils.

The short answer is “No” you can’t mix together because they are different grades, and mixing will result in loss of oil efficiency, and in the future, you may face many engine troubles.

Which oil grade is ideal for Lawnmowers?

As you can see, a lawnmower is usually constantly worked in warmer conditions, due to which it will necessarily need machine oil that is suitable for the warm temperature.

According to most experts, both SAE 10W30 and SAE 30 are the best oils for lawnmowers. Moreover, even at higher temperatures, this standard oil can hold its ability and provide efficient performance without being too thick; you can also use it for various generators.

Right engine oil grade can improve your engine’s performance in different temperatures; that’s why when you go to engine oil selection, it is very important to know about the differences between SAE 30 vs 10W30.

SAE 30 and 10W30 are both perfect for different purposes, though you can use SAE 10W30 at both low and high temperatures. However, it is best to use the recommended grade oil of your engine; this will make your engine perform more smoothly.

Hopefully, our SAE 10W30 vs SAE 30 complete comparison guide has helped you a lot to know in detail about the differences between them. Also, helps to decide which one is most suitable for your lawnmowers or engine.